From website design and social media management to monthly e-communications, our efforts are helping the Community College Workforce Alliance continue to be the Richmond region’s leading source for workforce training. 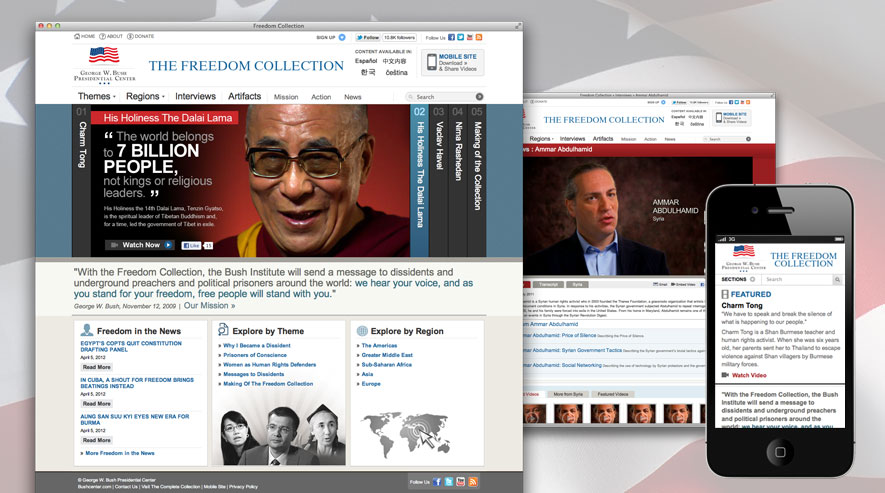 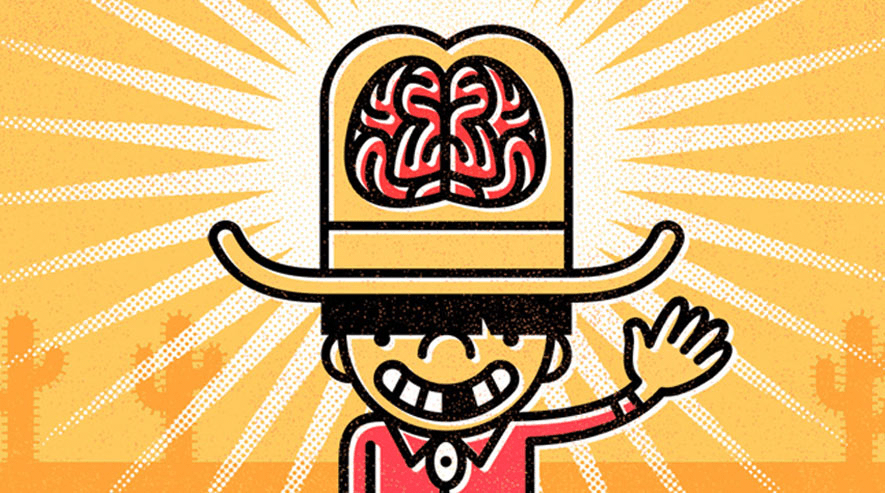 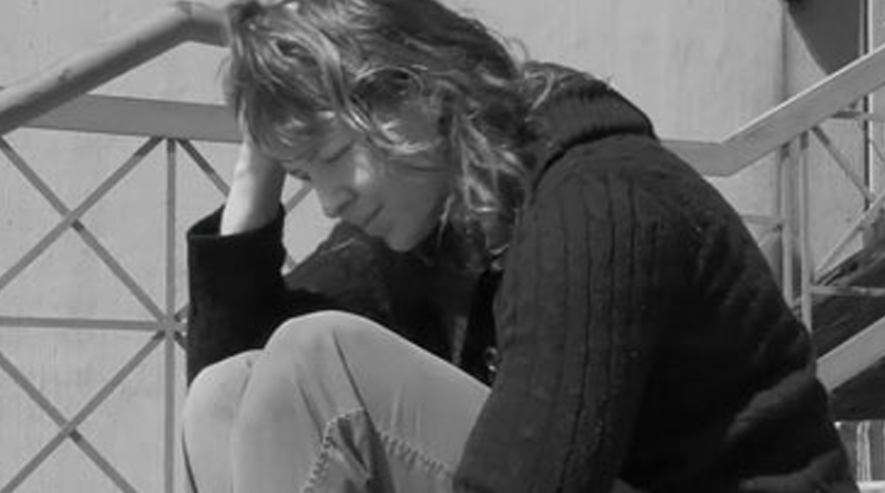 On the strength of his deep and varied background in advertising and publishing, Bill has built the Bergman Group from a one-person consulting firm to a full-service integrated communications company with capitalized billings of $20 million. A New Orleans native with an M.B.A. from Southern Methodist University in Dallas, Bill began his career in research with the BBDO advertising agency in New York City, working on a variety of accounts, including Campbell Soup. After three years in Manhattan, he joined The Richards Group in Dallas as vice president/account director. His work on the Time Inc. account for the Richards Group prepared Bill for his next positions as circulation director and director of marketing and creative services for Newsweek, again in New York. In 1989, he formed the Bergman Group, which, specializing in publishing, numbered among its accounts more than 30 magazines. After selling his agency to Ross Roy, Bill became chairman of the Virginia division of Earle Palmer Brown. In 1995, he formed the current Bergman Group, based in Richmond, Va. He has been an adjunct professor of advertising at Virginia Commonwealth University and is now an adjunct professor of marketing in the Robins School of Business at the University of Richmond.

After two years of studying architecture in the bitter cold of Minneapolis, Fred, a Chicago native, transferred to Virginia Commonwealth University where he earned a BFA in Communication Design.

Fred then headed north to Washington, D.C. where he eventually became a lead designer for Corporate Images - a firm that was the forerunner to Web giant iXL and specialized in the support of emerging high-tech industries. After returning to Richmond, he established FPF Associates, a design firm with a client list that included Grant Thornton LLP, Bank of Virginia, Oakland California Convention and Visitors Bureau, the Virginia Museum of Fine Arts, The College of William & Mary, and GE Lighting.

Mary Virginia has more than 15 years of experience in management and marketing for such consumer packaged goods as Robitussin, Chap Stick, Dimetapp, Northern Bathroom Tissue, Dixie paper products and Quencher cosmetics. Her successful track record also includes leading the New Products and Acquisitions team for the Consumer Products Division of Wyeth/A.H. Robins (now Pfizer) and working as a marketing and strategic planning consultant for Keystone, Inc.

Mary Virginia has a BA in Journalism and an MBA from the University of North Carolina at Chapel Hill. Richmond has been her home for over two decades, and she is very involved in leadership positions within the local community.

After earning her B.F.A. at Virginia Commonwealth University, Dianna worked at the advertising agency Cabell Eanes, later acquired by The Martin Agency, and O'Keefe Marketing, which was purchased by Cadmus to become Cadmus O'Keefe. One of the original members of the Bergman Group, where she had been employed for more than a decade, she has worked on such accounts as Martha Jefferson Hospital, Marts & Lundy, Henrico County Economic Development Authority, and The READ Center.

Nick graduated from Virginia Commonwealth University in 2000 with a BFA in Communication Arts and Design with a focus in kinetic imagery and 3D modeling. Over the past decade he has specialized in creating and implementing strong creative solutions for print, web, large format graphics, display/sign design, video production and more. His large format expertise and keen eye for design have led him to produce projects ranging from 200' foot signage in Las Vegas to 50'x50' island trade show displays for some of the largest pharmaceutical and medical device companies in the country. Nick's passion for unique design and strong imagination continue to play a key role in his success for achieving creative and strategic marketing solutions.

Though Rian is the Bergman Group's newest Copywriter, she did her first stint at the agency in 1997 as a summer intern. After graduating from the University of Richmond with degrees in Journalism and Spanish, she spent most of the last decade at various advertising agencies in New York City. Most recently she worked at RAPP Worldwide where she helped lead the creative team for the U.S. and international launch of cervical cancer vaccine Gardasil. Rian's background includes traditional advertising, healthcare strategy and marketing, direct, and digital. She has worked with such clients as CooperVision, Keri Lotion, Rogaine, Dulcolax, Slim Fast, and numerous pharmaceutical companies. A well-traveled Army brat, she also spent several months volunteering at a Santiago, Chile orphanage in 2002.

Carey has joined the Bergman Group team to support our growing digital efforts with web strategy and social media. Carey will be the first to tell you that you can?t hide from the online revolution: she went from writing copy for websites to learning how they're built and developing strategies to make those sites work harder for clients. Carey?s background includes market research, pharmaceutical advertising, B2B branding, web strategy, and social media content creation and blogging. And no one understands how blogs work better than Carey; she and her husband run a 3-year-old wine and fashion blog together that?s been written up in local and national media outlets. She recently wrapped up a 5-year stint in Upstate New York and happy to be settling back in to RVA.

A graduate of Mary Baldwin College, media buyer Lee Reid, began her career as a media buyer with Circuit City Stores, Inc., in 1994. She worked with the Barber Martin Agency from 1997 to 1999. In July 1999, she joined the Bergman Group as senior media buyer, responsible for all television and radio media buying as well as planning and ad placement. Her clients have included VCU Health System, Martha Jefferson Hospital, Marts & Lundy, Beth Shalom Lifecare Community, the National Audubon Society and Sandler Training.

In his 30-plus years in the advertising industry, Danny Boone has handled creative assignments for such world-class brands as Mercedes, BMW, Nikon, Time Magazine, Pulsar, Seiko and Timex. Danny began his career with Martin & Woltz, which, in 1975, became The Martin Agency. He worked in The Martin Agency's Washington, D.C., office as well as its Richmond and Virginia Beach, Va., offices. In 1987, he joined the firm of Ford & Westbrook as senior art director and, in 1989, returned to Martin as vice president/senior art director. In 1995, he freelanced for Fallon McElligott, Work and The Martin Agency, among others. In 1997, he was a partner and creative director for Just Partners, and has worked with the Bergman Group since 2004.

Robin Sherman, who has been working with the Bergman Group for seven years, is an award-winning producer of television and radio commercials, corporate films and branding videos. Her work has been recognized by every major creative award, including One Show, Cannes Gold Lion, Clio, Addy and Effie. She has worked with many clients at the Bergman Group, such as VCU Health System and the Henrico County Economic Development Authority. A resident of Washington, D.C., this longtime supporter of Washington's Shakespeare Theatre serves on the Advisory Board of the Roundhouse Theatre and the Board of the Blind Faith School of Music.

An attorney with more than 25 years of experience in sports marketing, David Maraghy began his career as general chairman of the 1986 Greater Greensboro Open, a PGA TOUR Tournament. Presently, he is the CEO of Sports Management International, Inc., a sports management and marketing firm specializing in golf, described by the PGA TOUR as "one of the leading sports management companies in the country." Dave has managed the affairs of such PGA TOUR stars as Tom Kite, Lanny Wadkins, David Love III and Justin Leonard. Dave works closely with the Bergman Group to manage and promote the sports marketing program for Bergman Group-client Sandler Training. The program consists of sponsorship of PGA TOUR players Woody Austin, John Rollins and Omar Uresti. On a regular basis, Dave assists in advertising and marketing efforts for each of the Sandler-sponsored golfers, which includes communications materials, apparel agreements, personal events and press relations.

A native of northern Virginia, Kevin attended Virginia Commonwealth University, earning a B.F.A. in graphic design and photography. His association with the Bergman Group began in 2004, and since then, he has handled photographic assignments for such clients as VCU Health System, Marts & Lundy, Martha Jefferson, William & Mary, and Henrico Magazine. As a freelance photographer, his work includes assignments for Albion College, Potlatch Corporation, the Richmond Metro Visitors Bureau, the University of Richmond, Virginia Commonwealth University, Southern States, Virginia Business Magazine, Virginia Chamber of Commerce, the Virginia Education Association, Amtrak and Trains Magazine.

Our newest addition, Mary comes to the Bergman group from Virginia Tech, where she worked as a designer for Virginia Tech athletics. During her time in Blacksburg, Mary led the team that redesigned hokiesports.com - the official site of the university's athletics. She also watched her fair share of Hokie football.

Mary is passionate about user experience. She works hard to create meaningful experiences that translate across all browsers and devices. She's proficient in HTML, CSS, responsive design and WordPress.

Mary is a 2008 graduate of James Madison University where she majored in print journalism.

Additionally, Justin is an experienced system administrator, capable of overseeing a variety of Unix-based platforms ranging from Ubuntu, CentOS, and Debian to OS X and Windows. In addition to his technical prowess, Justin also has experience with Google AdWords and paid search strategy.

Sam consults in marketing, media, media finance, and public relations, and an active journalist, writing for the Weekly Standard and the Wall Street Journal. Recent consulting and public relations clients include Metropolis, the New York-based magazine of urban design and planning.

Until 2011, Sam was senior advisor for editorial outreach on policy for the George W. Bush Institute, the think tank affiliated with the George W. Bush Presidential Center and Library in Dallas. From 2005 to 2008, he was the co-founder and publishing director of The American: A Magazine of Ideas for Business Leaders, published by the American Enterprise Institute. From 2000 to 2009 he was an investment banker at the boutique media firm De- Silva + Phillips in New York, where besides his work on dozens of M&A transactions he headed the firm's marketing, PR, publication and events programs.

Sam has worked with Time Inc., Hearst, Columbia School of Journalism, General Electric Appliance, and AutoByTel.com. Sam has a Ph.D. in English Literature from Yale University and received his B.A. from Bennington College after studying at the Johns Hopkins University.

For the last four years, Melissa Watkins' Midlothian, Va.-based Out Box Communications, Inc., has been the public relations agency of record for the Mid-Atlantic Market of U.S. Cellular. A graduate of Western Michigan University, Melissa has also represented EXPO Design Center, a division of Atlanta-based Home Depot; the Summer Olympic Games; Georgia-Pacific Corporation; and a division of Equifax. For the Bergman Group, she works closely with Sandler Training and other clients.

With an undergraduate degree from the University of Chicago and a Ph.D. in psychology from the University of Colorado, Hart in 1987 established the first strategic planning function at The Richards Group in Dallas, Texas. As the agency's first director of account planning, he helped it grow to $600 million in billings, building consumer brands like Motel 6, Hummer, Continental Airlines, and The Home Depot, as well as global B2B brands like Sabre, the leading travel industry technology company; ON Semiconductor, a billion dollar spin-off of Motorola; and the WABCO division of American Standard, the world's largest manufacturer of truck brakes. In 1999, Hart moved to Chicago as executive vice president and director of strategic planning for the advertising agency, Foote, Cone, and Belding. In 2001, he left to found THE PLANNING PRACTICE, a consultancy dedicated to translating insights about people and brands into profitable marketing strategies for such companies as Union Planters Bank, Advanced Micro Devices, Agere Systems, Epson America, RadioShack, GM and Red Lobster. Hart has been an adjunct faculty member at DePaul University's Kellstadt Graduate School of Business and is a founding member of the Account Planning Group-US, America's largest professional organization of advertising strategists.